Back to events
Comedy, HIDDEN 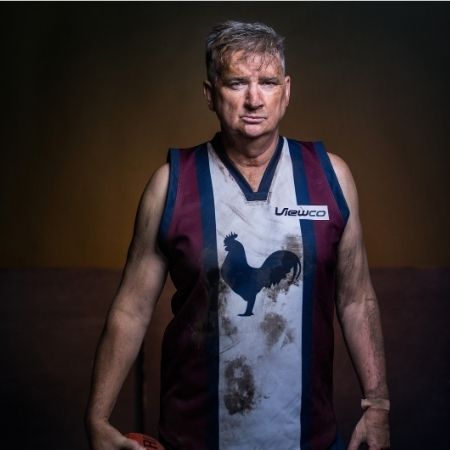 In this Barry Award nominated classic, Damian brings to life Bodgy Creek: a township that has seen better days.

The mill's closed; the Tidy Town sign has fallen into the long grass and no-one knows why the Christmas Market happens in September. The dying town is about to claim its next victim: the footy club.

The dysfunctional Bodgy Creek Roosters Footy Club is in trouble and will either have to fold or merge with their arch rivals - the Hudson’s Flat Cougars. But prodigal son coach Troy Carrington has other ideas; to save the club he embarks on a programme to recruit refugees and unwittingly takes the community on a journey of change.

Fans of the film will watch beguiled as Callinan deftly plays every role and proves that he is ‘one of Australia’s finest character comedians’ (Herald Sun).

The performance will be held in the Balmoral Mechanics Hall.

Doors will open at 6.30pm so come early and avoid the contact tracing queue. Drinks at bar prices will be available and complimentary light nibbles.

No performance available for THE MERGER

Book your tickets for THE MERGER

Book your tickets for THE MERGER

Select ticket type and quantity for